CARB opts to stay the course on Cap-and-Trade Program. 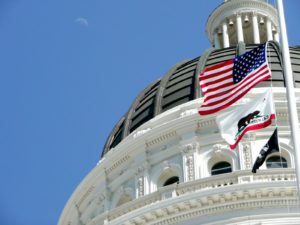 On May 10, 2022, the California Air Resources Board (CARB) released its Draft 2022 Scoping Plan Update for public review and comment. Assembly Bill (AB) 32, the California Global Warming Solutions Act of 2006 (AB 32), required CARB to develop a scoping plan, to be updated at least once every five years, that describes the approach California will take to reduce Greenhouse Gas (GHG) emissions to achieve the goal of reducing emissions to 1990 levels by 2020.  In developing the 2022 Draft Scoping Plan Update (Draft Scoping Plan), CARB evaluated four scenarios to identify the most viable path to achieve the state’s 2030 interim GHG reduction and GHG neutrality targets. Our first post on this topic discusses CARB’s ultimate selection of the third scenario, which adopts a carbon neutrality target for 2045 instead of 2035, as the best among the four. In this second post, we discuss how the Cap-and-Trade Program (the Program) features in the Draft Scoping Plan.

AB 32 authorized CARB to adopt a market-based compliance mechanism with “declining annual aggregate emission limits for sources or categories of sources that emit greenhouse gas emissions” through 2020.  The market-based compliance mechanism deigned by CARB went into effect in 2012 in the form of the California Cap-and-Trade Program. In 2017, AB 398 authorized the extension of the Program through 2030, instituted certain design changes, and set a new GHG reduction goal of 40 percent by 2030. The AB 398 changes to Cap-and-Trade Program started to phase-in on January 1, 2021. Today, the Program regulates roughly 450 entities responsible for roughly 85% of the state’s GHG emissions. Key elements of the Program include:

The Draft Scoping Plan Update discusses design features of the Program that went into effect in January 2021 which are intended to “help ensure that the program is able to handle periods of high and low demand for allowances while continuing to ensure a steadily increasing price signal for regulated entities to invest in GHG reduction technologies.” These design features include:

The Draft Scoping Plan Update noted the existence of 310 million unused allowances as a result of early achievement of the 2020 emission reduction target. While covered entities would not be required to use the banked allowances should their emissions collectively decline by 14 million metric tonnes (MMT) each and every year, the Draft Scoping Plan Update notes that “it is likely that the existing bank of 310 [MMT] allowances will be needed over the course of this decade and will be exhausted by the end of the decade.”  In response to concerns regarding the unused allowances, CARB notes that Environmental Protection Secretary Jared Blumenfeld would be reporting to the Legislature by the end of 2023 on the status of the allowance supply and recommendations on potential Program modifications.

CARB did not propose any new Program design features in the Draft Scoping Plan Update and instead noted its intention to “use the modeling for the Final 2022 Scoping Plan to assess what, if any, changes are warranted to the Cap-and-Trade, or other, programs to ensure we are on track to achieve the 2030 target.” As for the role of the Program beyond the 2030 target, CARB indicated that “carbon pricing in the form of a Cap-and-Trade Program has been part of the portfolio to achieve the state’s GHG reduction targets, and it will remain critical as we work toward carbon neutrality.”

The Final Scoping Plan Update is currently expected to be published by December 2022, and is expected to be followed by a rulemaking process to amend the Cap-and-Trade Program in 2023.